Today CSort delivers its equipment to 25 countries as compared to 18 countries last year. There are 9 representative offices abroad where clients can see color sorters by CSort, test sort their products and get service support. Last year demonstrated that CSort made the top ten Russian companies with great export potential in the category «small business” within the national rating «TechUspech” (Technical Success). CSort already exports one-third of the manufactured color sorters and plans to double delivery volume by the end of the year. CEO and the founder Maksim Savinkov tells about the ways to achieve it.

New equipment for Europe
CSort has been expanding the product range for foreign markets since spring 2018. For example, several units of equipment were qualified for sale in the European Union in April. Now European farmers can purchase new optical machine Horizont. The first presentation of a working model of this belt sorter took place at the end of 2017 in Germany; several clients made pre-orders. The horizontal infeed allows sorting fragile and sticky products. Horizont is washable; therefore, it can sort moist and dirty materials in distinction from many other color sorters. Besides, it’s going to be actively used for recycling.
The second machine with the CE certificate is a new modification of SmartSort, which is already well-known in Europe. Its main difference from the previous versions is an increased capacity (40 tons of wheat per hour).
Also, this year CSort starts delivering conveying equipment (bucket and chain conveyors) to Europe, which will allow including a color sorter into the technological chain. Elevating equipment CSort is used in various industries for careful loading and unloading of bulk stock into the storage silos, processing and cleaning machines.
Certification of CSort machinery for sale in the USA is in process. 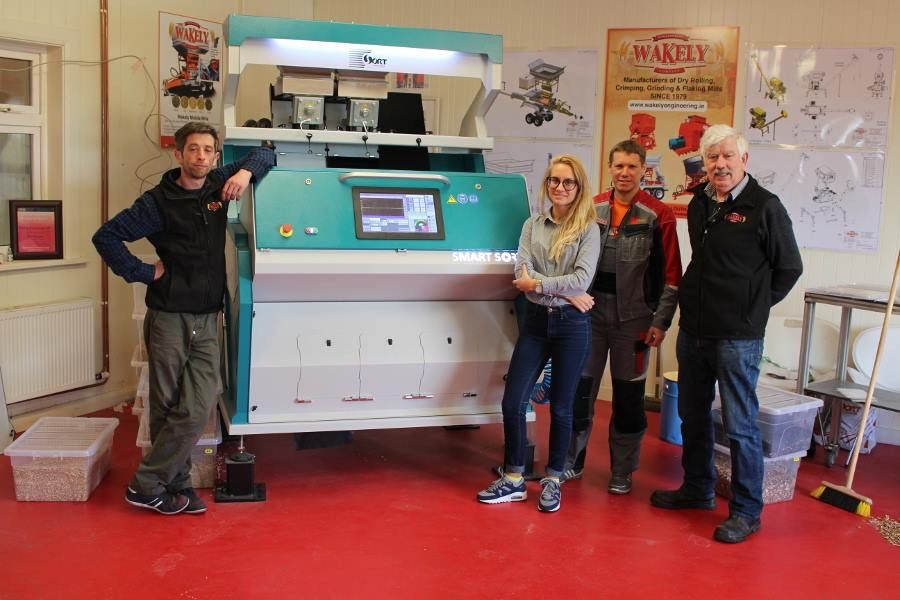 The work in South Africa began especially successful. The representative office was opened at the premises of the company Protech Consulting Pty Ltd that sells magnetic cobbers for ore and metal separation. Together with CSort, the company now develops food branch. Sales managers from South Africa have already sold several color sorters for cleaning nuts and beans. The Republic of South Africa is one of the world’s leading nut exporters. That’s why the CSort equipment is sought-after for sorting macadamia nuts, pecan nuts, peanuts, almonds, pistachios. But the clients are also shown the possibilities of sorting other products, from wheat, barley, soybeans and corn to teff grass, apricot kernels, and plastic.
CSort now has partners in Austria with three machines delivered to this country. It is planned to set up a showroom with a color sorter by CSort during the next few months. The representing company sells metal detectors, X-ray machines, and weigh-scales. Now Austrian dealer also offers Russian color sorters.
Foreign trade department of CSort also develops partnerships with other countries that are interested in Russian machinery. It’s Romania, Hungary, Lithuania and Latvia. For instance, there is a new representing company in Riga – Agro Proff. Major Latvian buckwheat processing plants are already equipped with CSort color sorters. Previously the company opened representative offices in Germany, Bulgaria, Czech Republic, Poland, Iran, and Ukraine. 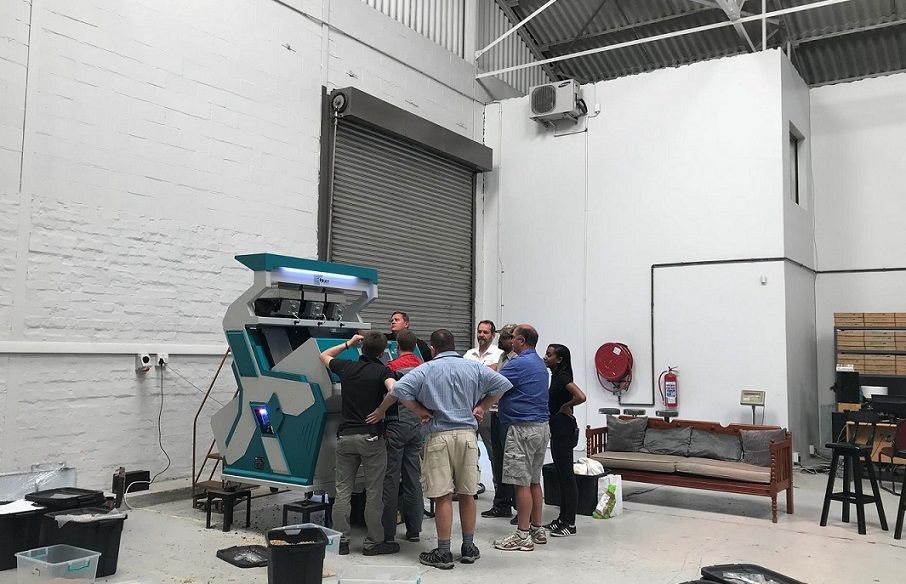 Foreign companies representing CSort practice new ways of working with clients. For example, Mark Atkinson, the head of the South African office, develops road shows. They are organized for clients with high purchase interest. Atkinson brings the machine to the factory and tests it together with employees during several days. As a result, the client can either keep the machine or order a new one, for instance, with more options. Foreign trade department of CSort underlines that this method already proved its efficiency: three out of four roadshows end with a closed deal. It’s worth noting that the German representative Tilman Barthel also works closely with his clients and would never send a partnership proposal without visiting client’s production and examining the problems that require a color sorter.
Austrian dealer demonstrates an unusual approach as well. In this country the showroom will be set up not in a customary office center, but in an educational establishment. It will be opened at the university that graduates mill industry specialists. Industry conferences are also held there. This way not only students, but also employees and directors of Austrian factories will be able to see the equipment.
CSort has to look for new logistic methods. The South African office became the company’s farthest representative office, so CSort together with the dealer had to think really hard about delivery schemes. In the end, they managed to combine various options and the machine gets to the Republic in a month.

The company has put into operation about eight hundred machines around the world. Every hour they sort hundreds of thousands tons of grain from impurities. Thanks to that, people can enjoy healthy meals without toxins and poisoned seeds.
For reference. CSort is a leading Russian seller of color sorters, a member of the Association «Rosspetsmash” and a part of the Altai cluster of agricultural machinery engineering. In 2017 CSort was listed among top hundred enterprises of Chamber of Commerce and Industry in Russia.